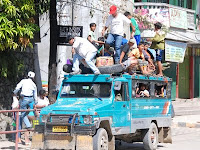 She sent me the article to share the story of her country with this part of the world.
You may take the jeepney away from the Philippines, but you can’t tell that the country is Philippines if you don’t have the jeepneys in.
A big and defining part of Philippine culture, jeepneys rule the roads after the World War II, being recycled from US military jeeps after the war. The military troops who started going back to their country left hundreds of surplus jeeps. The Filipinos in turn, ripped these to accommodate more passengers, and added metal roofs for shade.
What made this simple feat and an avenue of profits and living for many is how these kings of the road bear creativity. All jeepneys, even the ones which are nearly dilapidated, are intricately designed and beautiful, unique to every eye, and boasting of freshness, friendship, and fashion.
These jeepneys also boost inspiration for daily living since they flank quotes and loving and inspiring one-liners or cheesy lines in the sides, in the head of the jeepney, or in its inside. Some drivers take pride of their family and show it nonetheless by putting the names (yes, each and all) of his family members in the walls of the jeepney inside.
Where else can you find a jeepney that calls itself the Hogwart’s Express, or the Parisian Explorer, or the Love-is-not-blind jeepney? It only happens here in the Philippines and every Filipino takes pride for that.
Mostly, the jeepney is revered for being the sign also of Filipino hardwork and struggle. It is the witness of the Filipino’s quest to make a something out of him. It is the jeepney that transports the people to going through their daily lives, but more than that, the jeepney is actually the one that also helps them fulfill their dreams and wishes. It is the one that pushes them to where they study, build careers and relationships, and best of all, to make their country a better place to live in.

3GPP Long Term Evolution (LTE) is the latest and most updated  technology in the field of telecommunication technology. It is a project run by 3rd generation partnership project(3GPP) and trade marked by on of the associations of the partnership and the association is European Telecommunications Standards Institute. The current generation of mobile technology is known is 3G.Sometimes LTE is defined as 4G technology but this does not always comply all the 4G features at the beginning stage.
Now the question is why we will go for 4G?The answer is high data speed and channel capacity. The world's first publicly available LTE(Long Term Evolution)-service was opened by TeliaSonera in the two Scandinavian capitals Stockholm and Oslo on the 14th of December 2009.
Present Condition of LTE(Long Term Evolution) in the year 2011:
·         On January 6, 2011, Verizon Wireless announced that it plans to add more than 100 LTE markets to cover 175 million people by the end of 2011, have 2/3 of the US population covered by mid-2012, and provide nationwide coverage by the end of 2013.[20]
·         On February 15, 2011, Telstra Australia announced plans to launch 4G LTE service in all major central business districts in Australian capital cities by the end of 2011, effectively boosting the current Telstra Next G HSPA+ service.[21]
·         In March 2011, the Release 10 was frozen.
·         On March 10, 2011, the HTC Thunderbolt was released on Verizon Wireless.
·         On March 23, 2011, Verizon Wireless promised LTE in 147 markets by the end of 2011[22]
·         On April 28, 2011, the Samsung Charge LTE phone release on Verizon Wireless was pushed back because of LTE network issues. 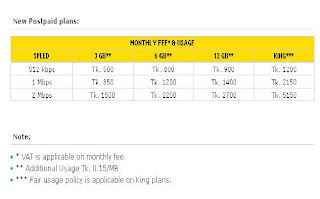 Now it seems from the above packages that Banglalion is providing better domestic post paid packages than Qubee after Qubees's DOUBLE bandwidth program.So,the competition is now head to head. 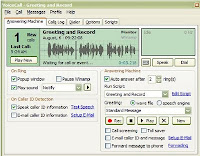 Some Call Blocking Softwares are listed below:

Did you know that the inventor of the Rubik's Cube was an architect?
Via: FIXR.COM

AT&T is planning to buy T-Mobile...A Chance Of Monopoly in US Telecom Market!

AT&T announced March 20,2011 that it is planning  to buy T-Mobile USA from the European company Deutsche Telekom for $39 billion. Even though the sale is not final yet, it is already facing scrutiny from the public because it will mean decreased competition in the cell phone market of the United States, and prices for consumers will likely go up because of it.There is a chance of monopoly in the Market. 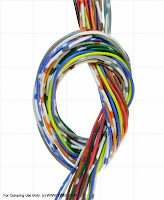