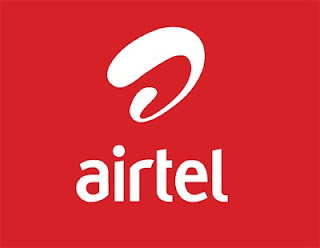 Some of the regular readers of my blog just complained about Airtel in Bangaldesh and sent me email about the problem problems and they want me to write about those problems in this blog so Airtel authority takes proper steps to solve those problems as quickly as possible.

The first case is about a wrong billing information.This person had got one call from the Airtel from the number 20505 and received the call and got down the mobile phone as he knows that this may be about some offer or caller tunes.At that time his balance was 21 BDT.After that he had spent around 2 BDT to make two calls.But when he checked his balance he found that he is having only .01 BDT.So,he called to the customer care from another number and described everything.Then the caller agent told him that he cannot take his complain as he is calling from another number.
Then after recharging the person again called the agent and again described everything.As you know the IVR is very lengthy and you need to wait for a while to get the agent.After checking all these things the agent replied that he will take the complain.But after one week he still did not get the money back.

The second case is about the internet facility of Airtel Bangladesh.This complain is from a person who lives in Khilkhet.He described that when he wants to use Airtel internet it gets connected after 10-15 minutes.Then after getting connected he is only able to use it for a minute cause in between this time it gets disconnected again.

The third case is from a reader who lives in Uttara Azampur.He wrote me that sometimes he gets very good network strength but sometimes there is no network at all.As he is an employee in a company he misses very useful and important calls.So,he is planning to change his GSM operator.Though he knows that Airtel is having 8 FnF facility and FnF can be done in any operator and the call rate is cheap,still he is switching to Airtel.Because the network quality is not upto the mark.

So,i hope Airtel authority will take all the points seriously and will do necessary steps to upgrade their network quality and also make the billing system incorrect.This is their duty to return back the balance of the customer if there is any billion error.If this goes like this then Airtel will loose some real customers.This is not good at all.Some people are calling Airtel as "HaramiTel" just because of its service.

Brother it is really true.The quality of airtel network is getting worse day by day.

Airtle knows that they are having the lowest rate in the market.So they are feeling secure in this point.But people will switch to other operator if they continue like this.This is an upset.

I've been getting calls from this bloody 20505 at least twice a day. How do I make it stop?? Any idea?

I think as an Indian provider this is not very unusual.
i.e. to take out the money by squeezing people.
I would say to airtel, "STOP IT".