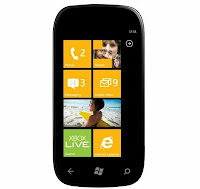 Microsoft has shown off a preview of the so-called Mango release for its Windows Phone 7 smartphone OS. As expected, the OS is aiming to deliver over 500 improvements to the existing OS, most negligible and a few sizeable upgrades.
Windows Phone will also add support for additional languages, expand access to apps by launching Windows Phone Marketplace in new countries, and partner with new OEMs to enable expansion to new markets.
"Seven months ago we started our mission to make smartphones smarter and easier for people to do more," said Andy Lees, president of the Mobile Communications Business at Microsoft. "With 'Mango,' Windows Phone takes a major step forward in redefining how people communicate and use apps and the Internet, giving you better results with less effort."
Availability
The "Mango" release will be available for free to Windows Phone 7 customers and is scheduled to ship on new phones beginning this autumn.
Microsoft also announced handset deals with Acer, Fujitsu and ZTE.