Teleinfo internet connection hacking people will be unable to use internet this july people will get disconnected from internet Millions of Internet Users Will Be Out of Connection This July!

Millions of Internet Users Will Be Out of Connection This July!

No this is not a rumor or a fake story!If you read the post you will be able to know the real thing gradually. 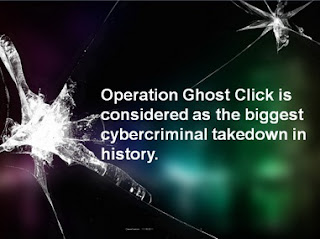 This summer millions of people who are internet user will get disconnected from internet.Some clicks on the web will make them connected or disconnected from the internet.Most of the people still do not know anything about this.The problem started when international hackers started scamming one online advertisement which was meant to take the control of the affected computers.
FBI(Federal Bureau of Investigation) had taken one excellent step to defend this attack from the hackers.They formed one security system using some government computers to protect the affected computers.But FBI decided to close this security system.
For this reason FBI has instructed to protect your computer to check and protect your own computer form this attack from the hackers.This is been available in the website of DCWG.If they will not follow the instruction then they will not be able to use internet after 9 th July ,2012.

This malware affected PC are slow working and the antivirus is not active because of the attack.But most of the users do not know about this.So,they are facing many problems besides affected by the malware.
When FBI decided to arrest those cyber attackers then they realized that they the affected computer users will not be able to use internet and they will get disconnected from the internet.The general users will get the page ,"Page not found"!

For this reason FBI installed another server additional with the server which was used to control the affected PC'S.At that time FBI planned to use this policy up to march.But within that time it was not possible for all make their PC virus free.So,the time was extended up to July,9,2012.

But now the court thinks that the responsibility is now totally for the users and FBI will not protect your PC no more after July,9.
The hackers had spread the virus in 570,000 PC and the affected PC gets usual to use the DNS server of the hackers PC.When the users tried to browse one website then they were redirected to the website trough the hackers server.
The hackers already earned 14 million USD by the online advertising which the fake sites had.The total number of affected PC is been reduced from 570,000 to 360,000 but still a lot of PC are affected.
Among these 85,00 PC are in USA.The most affected countries are Italy,India,UK and Germany.
FBI has told that if the affected PC are not checked and does not take proper initiative,they will not be able to use internet after 9th July,2012.Simply they will get disconnected.

You can check the article "How to Check Your PC Ghost Click Affected or Not?"