Grameen Phone Short Code 22000 Will Provide You News From 12 Organizations! 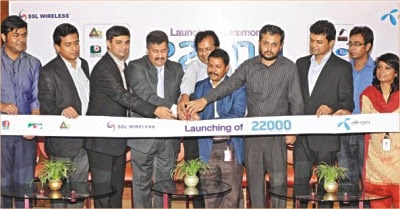 The leading telecom provider in Bangladesh Grameen Phone has started a short code service 22000 by typing which you will be able to get news from 12 news organization.This is been happened first time in the country.By dialing the number 22000 Grameen Phone users will be able to get the news from 12 organization including Newspaper,News Organization,Radio ,Television etc.
The newspaper news is including the Bengali newspaper The daily prothom alo and The daily star.There are total 8 televisions and the lists are ATN Bangla,Channel i,NTV,RTV,Bangla Vision,Maasranga Television,Boishaki TV,Independent Television.
Besides one Radio and two other online newspaper BBC Bangla and Bdnews24.com are also included.Before this service was started people were able to get the news from these sources subscribers had to type different codes but now they will be able to get the news by dialing the one code which is 22000.In this regard Grameen Phone is getting support from SSL Wireless.
Grameen Phone authority has confirmed that the charge for this service will be two BDT per minute without including VAT.

This is a very good facility!We will be able to know the latest news and we do not need to different codes for different service.Good service by Grameen Phone

This is a very good service by Grameen Phone.But the charge is high.They should minimize it.Otherwise it is too expensive.