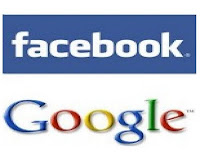 Facebook appointed a higher PR(Public Relation) firm to educate the journalists about what google is treating about your private information.The name of the PR company is Burson-Marsteller.You can blame Burson-Marsteller for its step to this stupid plan.Also it is not clear that a network like Facebook why did this rookie mistake.
The concept is simple.You cannot do an workshop and cannot expect for your good performance in the competition in the race.Rater you can highlight on your services to your users and make plan to improve it.
Google social circle is not a new thing which people have used for a couple of years.It was introduced in 2009 when Google unveiled its social search experiment.At that time this thing was described well.You also need a google account also to connect through it.
Howcome Google can make your private information insecured where you have your own tools to privatize which part of information you want to show to the world in your public profile.
So the conclusion may be written as Facebook should apologize for its poor judgment.

If its true ... will be a great information.

I will immediately grab your rss as I can't find your email subscription link or e-newsletter service. Do you've any?
Please let me know in order that I may just subscribe.
Thanks.
buy facebook likes