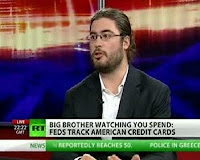 While talking with Chris Johnson on Bloomberg Television's "Bloomberg West." Chris Soghoian told that Facebook is scared about Google and their performance and this is the reason to adopt this policy of hiring a higher PR firm  Burson-Marsteller to promote against Google.Please be noted that Chris Johnson was asked by  Burson-Marsteller the PR firm hired by Facebook to write about the Google Social Circles, exploring whether it violates user privacy.

Whoa! This blog looks just like my old one! It's on a completely different subject but it has pretty much the same layout and design. Wonderful choice of colors!

Hi there friends, good piece of writing and nice urging commented here, I am really enjoying
by these.

I got this website from my friend who shared with me about this web page and
now this time I am visiting this web site and reading
very informative content here.

My web-site; How to hide man boobs as well as help preserve interpersonal shame

That Are undemanding To obligate Are you intelligent for commercial instrument codes.