What is Distributed Antenna System in LTE (Long Term Evolution)? 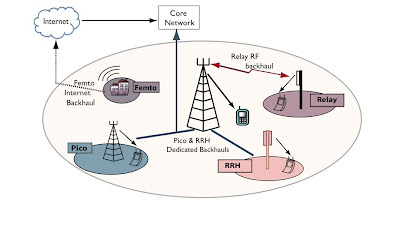 All of us know that the antenna in the tower for a telecommunication network are connected with a Base Station (in LTE which is known as eNB).Now think of a scenario where there is antenna on the tower and you also need to put antenna to some other place which is near the base station and the region is under the same base station.Then you need to put another two or three or required number of tower where you need to locate those antennas.Now though you have established the tower and put the antenna on the tower then the question comes how will you get the Base Station?The distributed antenna system architecture is the solution.The answer is you need to connect those antennas from the Main base station with optical fiber and need to activate those zones.

Distributed antenna system is nothing but this.You will have one main tower where you will have antennas and to serve some other small areas you will have to make some pico or femto cells which will be served by other set of antennas and will be connected with optical fiber to the main base station.
Please let me know if you have any question through comments.

I hardly write comments, however i did some searching and wound up here "What is Distributed Antenna System in LTE (Long Term Evolution)?".
And I do have a couple of questions for you if you tend not to mind.
Could it be just me or does it look as if like a few of the remarks look as
if they are coming from brain dead people? :-P And, if you are writing on
other online sites, I'd like to keep up with everything fresh you have to post. Would you make a list of all of your communal pages like your Facebook page, twitter feed, or linkedin profile?