Teleinfo Airtel 4g LTE in Kolkata airtel LTE details LTE in kolkata when LTE will come in Bangaldesh Airtel 4G LTE in Kolkata Successfully Launched- When Will We Get LTE in Bangladesh?

Airtel 4G LTE in Kolkata Successfully Launched- When Will We Get LTE in Bangladesh? 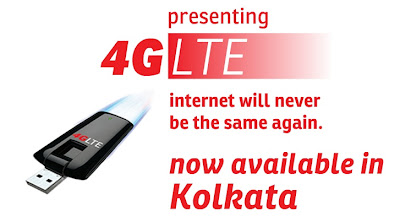 Yes,Airtel has successfully launched 4G LTE in Kolkata.Though it is not covering all the areas in Kolkata but it is a good start.Airtel is using the equipments from Nokia-Simemens,Ericsson,Huawei and ZTE to build up and monitor their network.These companies are supporting the TD-LTE(Time Division Duplex Long Term Evolution).
Airtel is launching the package for LTE both in pre paid and post paid packages.Though Airtel did not declare anything about the data speed but theoretically it will be like 40 Mbps download and 10 Mbps upload speed.
As the handsets in India are not compatible with LTE so they are using LTE compatible wireless devices.The USB dongle that Airtel is supplying from Huewai is priced at Rs 7,999 and will be having  a USIM card slot, a Micro SD card slot and a USB 2.0 connector.The Indoor wireless gateway is priced at Rs 7,750 and this will convert the LTE connection to Wi-Fi network which can be shared in multiple handheld devices. It is also having facilities to multiple user access support, multi screen video chat, a built-in DHCP server and NAT and a web-based management system.
Now the question is when Airtel in Bangladesh will introduce LTE?

Piece of writing writing is also a fun, if you be familiar
with afterward you can write or else it is complicated to write.